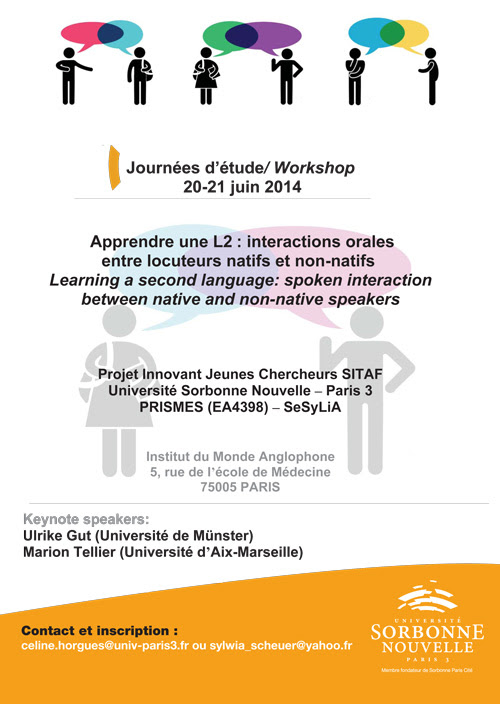 Communication is said to be multimodal for, while they are communicating, speakers produce gestures along with speech (McNeill,2005; Kendon, 2004). These co-speech gestures help listeners understand what speakers say (Beattie &amp; Shovelton, 1999) and help speakers structure their thought and organize their discourse (Alibali et al., 2000). Over the past few years, the use of gestures in second language acquisition has been explored by a growing body of research (for reviews, see Gullberg, 2010; McCafferty & Stam, 2008). Most of these studies have focused on learners’ gestures and only a few have examined gestures produced by a native speaker when engaged in foreigner talk (Adams,1998; Tellier & Stam, 2012) or foreign language teachers’ gestures in the classroom (Tellier, 2008). This talk will deal mostly with the study of gesture production in an interaction between a native and a non-native, in face–to-face conversation as well as videoconference-based online interaction. In both cases, the native speakers are future French teachers engaged in a training process and who are more likely to use gestures as a teaching technique. Teaching gestures appear to be somewhat different from regular co-speech gestures. They are used by a teacher as a scaffolding strategy (Bruner, 1983) to help the learner (whose proficiency in the target language is weaker) to understand what is being said. Thus, they are often iconic and can sometimes be compared to mimes. Teaching gestures also seem to be produced more consciously than usual co-speech gestures. Most language teachers are able to describe their teaching gestures, and some even have a complete gestural code that they share with their students. Teaching gestures are thus a real professional technique that can be improved with experience and worked on in teacher training (Cadet & Tellier, 2007 and 2014). The issue of gesture perception by the non native speaker will also be addressed in this talk through the presentation of past and ongoing experimental research aiming at exploring how learners look at, perceive and interpret native/teachers’ gestures when listening to a speech in the target language. 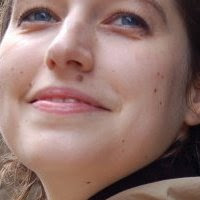